Do I have to learn Spanish? 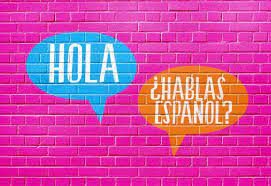 Hey guys!
A huge doubt I had before going to Spain to study in the Medicine International Program at the University of Navarra was if I had to speak fluent Spanish. As someone who had never taken a Spanish class before in their life, you can imagine I was nervous about how I’d communicate with people and deal with university in Spain.
Being a Portuguese native speaker helped A LOT since a lot of the words and grammar are similar, still, it’s not the same. Arriving in Spain I struggled a lot and was incredibly nervous about interacting with people but I discovered that basically everyone, especially the students, all spoke English and were keen on helping me improve my Spanish; my roommates played a big role in correcting me and encouraging me to improve.
In terms of the lectures ( for Med IP), they require a minimum level of B2 Spanish to enter the course. Luckily due to my Portuguese and me being Brazilian, they let me in with a B1 on the terms that I had promised to learn Spanish on my own. In the first semester, all the classes are taught in English so I didn’t struggle at all with any of the work. However, in the second semester, they began juggling some Spanish lectures which was a big surprise for all the non-Spanish speakers but being in uni you just have to learn to deal with it. I began by translating all the Spanish notes to English and asking my professors if I could answer the questions in English instead of Spanish, which they all agreed to. I must say that all the professors at UNAV are incredibly understanding regarding the situation and make you feel comfortable with any level of Spanish you may have.
By the end of the year, I was making notes in Spanish and was able to answer exam questions in Spanish as well. Immersing yourself in the Spanish culture and surrounding yourself with Spanish speakers you naturally pick it up and it all works out in the end.
So don’t worry, even if you feel as though your Spanish isn’t perfect, the people and the university will help you out in improving your Spanish and by the end of the year, you’ll be able to add Spanish as one of your fluent languages 🙂